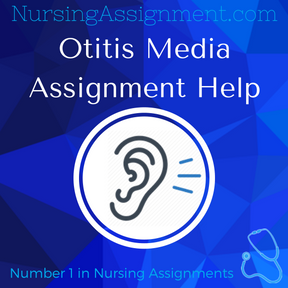 Otitis media (OM) is any swelling of the middle ear (see the images listed below), without referral to etiology or pathogenesis. It is typical in childs. An ear infection, or otitis media, is the most common cause for earaches. This condition is a regular cause of distress and is frequently associated with childs, it can likewise impact grownups.

Otitis media (OM) is a typical issue in basic practice. It explains two conditions which form part of a continuum of illness: intense otitis media (AOM) and otitis media with effusion (OME). Both take place generally in youth and both might be triggered by germs or viral infection. Otitis media (OM) is an umbrella term for a group of intricate infective and inflammatory conditions impacting the middle ear. All OM includes pathology of the middle ear and middle ear mucosa. OM is a leading cause for health care check outs around the world and its issues are very important reasons for avoidable hearing loss, especially in the establishing world.

WHAT IS OTITIS MEDIA?

Otitis media refers to swelling of the middle ear. Severe otitis media takes place when a cold, allergic reaction, or upper breathing infection, and the existence of infections or germs lead to the build-up of pus and mucous behind the eardrum, obstructing the Eustachian tube. When a discharge from the ear continues or consistently returns, this is often called persistent middle ear infection. Fluid can stay in the ear up to 3 weeks following the infection. If not dealt with, persistent ear infections have possibly major repercussions such as long-term or momentary hearing loss.

Otitis media is a group of inflammatory illness of the middle ear. It is specified as the existence of non-infectious fluid in the middle ear for more than three months. Persistent suppurative otitis media (CSOM) is middle ear swelling of higher than two weeks that results in episodes of discharge from the ear. Otitis media can result from severe otitis media, eustachian tube blockage, mechanical injury, chemical or thermal burns, blast injuries, or iatrogenic causes (e.g., after tympanostomy tube positioning).